PBS Streaming Content to Address Race and Racism in America 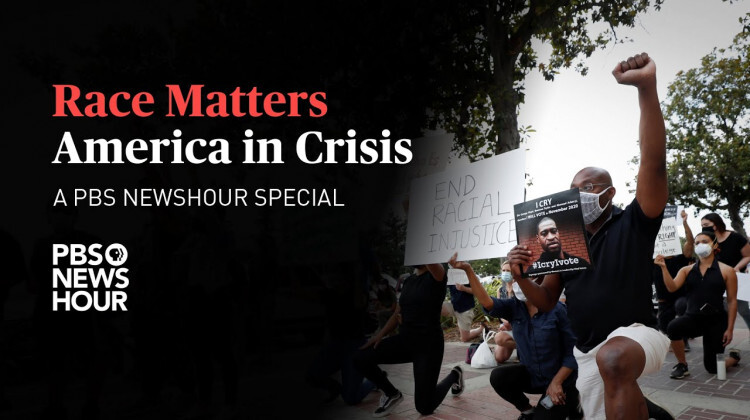 Films with Historical Context by Henry Louis Gates, Jr., Including RECONSTRUCTION: AMERICA AFTER THE CIVIL WAR, BLACK AMERICA SINCE MLK: AND STILL I RISE and THE AFRICAN AMERICANS: MANY RIVERS TO CROSS; and From Stanley Nelson THE BLACK PANTHERS: VANGUARD OF THE REVOLUTION, and More Will Rebroadcast and/or Stream Across PBS Stations and Platforms

PBS AMERICAN PORTRAIT Invites Americans to Share Their Stories About Racism and Its Impact, Past and Present

Arlington, VA – June 3, 2020 – PBS announced today that it will broadcast a series of films and new specials focused on race in America following the murder of George Floyd on May 25, 2020, and the ensuing protests that erupted across the country. In addition to re-broadcasting films focused on African American history by Dr. Henry Louis Gates, Jr. and Stanley Nelson, PBS will also curate a playlist of programs from FRONTLINE, POV, INDEPENDENT LENS and other iconic series that explore the impact of racism on Black Americans and the larger country.

“As a media system that serves every person in America, we stand with the Black community, and we stand against racism and hate," said Paula Kerger, President & CEO of PBS. "In the coming days and weeks, we will use our national reach and community presence to deepen understanding, foster conversation and enable meaningful change. And we will continue to stand behind our courageous journalists, whose unwavering commitment to speak truth to power is essential to the strength of our democracy.”

PBS will rebroadcast THE TALK – RACE IN AMERICA on Thursday, June 4 at 9:00 p.m. ET. The documentary, which first aired in 2017, tells six stories of struggle between people of color and law enforcement in America. It chronicles how families of color attempt to protect their children with “The Talk” — about what to do and how to react if they are stopped by police.

On Friday, June 5 at 9:00 p.m. ET, PBS and member stations will air a new special, RACE MATTERS: AMERICA IN CRISIS: A PBS NEWSHOUR SPECIAL. The one-hour program will be anchored by Judy Woodruff with contributions from correspondents Yamiche Alcindor, Amna Nawaz and Charlayne Hunter-Gault. RACE MATTERS: AMERICA IN CRISIS will focus on the frustration pouring out onto American streets, outrage about police brutality, and America’s deep systemic racial disparities in the economy, education, criminal justice system, housing and health care, especially during the COVID-19 pandemic. The program will also include grassroots voices from around the country and roundtable conversations with thought leaders and other newsmakers.

Also on Friday, June 5, PBS will rebroadcast FRONTLINE “Policing the Police,” in which writer and historian Jelani Cobb examines allegations of abuses within the Newark Police Department and the challenge of fixing its broken relationship with the community. “Policing the Police” will air at 10:00 p.m. ET.

AMERICA IN BLACK AND BLUE 2020, which broadcasts on PBS stations Monday, June 15 at 9:00 p.m. ET, will report from across the country, and include interviews with key leaders and participants in the struggle for racial justice, accountability and equity, as well as voices from law enforcement. As the latest crisis of police violence on black citizens — and outraged protests and ensuing violence — engulf the nation, this PBS special will bring context and insight. It will update reporting from the original AMERICA IN BLACK AND BLUE, which first aired in 2016, as well as THE TALK - RACE IN AMERICA. Correspondents will report from Minneapolis, Georgia, New York and elsewhere, and interviews from PBS NEWSHOUR WEEKEND, AMANPOUR AND COMPANY, and other PBS national and local programming will be included. More details are forthcoming.

PBS and member stations will this week begin rebroadcasting and/or streaming a full slate of films about the history of injustices within the African American community. Films from Dr. Henry Louis Gates, Jr. include THE AFRICAN AMERICANS: MANY RIVERS TO CROSS, a chronicle of African American history, from the origins of slavery on the African continent  through more than four centuries of remarkable events; RECONSTRUCTION: AMERICA AFTER THE CIVIL WAR, a four-part series that explores the transformative years when the nation struggled to rebuild itself in the face of profound loss and African Americans forged a new, more equal place in American social and political life, only to face the backlash of segregation and institutionalized disempowerment whose legacy persists today; and BLACK AMERICA SINCE MLK: AND STILL I RISE, a detailed exploration of how the civil rights movement impacted the country, including successes and failures related to political and economic equality.

PBS will also provide Stanley Nelson’s award-winning film THE BLACK PANTHERS: VANGUARD OF THE REVOLUTION, a riveting look at an earlier era of conflict and how the Black Panthers provided community services while advocating for more radical national change.

All films will also be available for streaming on station-branded PBS platforms, including PBS.org and the PBS Video App, available on iOS, Android, Roku, Apple TV, Amazon Fire TV and Chromecast. PBS station members will be available to view all episodes via Passport (contact your local PBS station for details).

In addition to the broadcasts, films from Henry Louis Gates, Jr. and Stanley Nelson will be included as part of a special curated collection streaming free on PBS.org. The filmmakers will offer their insights into the events currently gripping the country and historical origins for greater context.  The programs below will also be included as part of the curated collection, with titles provided in association with Black Public Media.

INDEPENDENT LENS “Always in Season”
A grieving mother embarks on a quest for racial justice after her teenage son’s suspicious death.

INDEPENDENT LENS “Charm City”
Get to know the people on the front lines of three years of unparalleled violence in Baltimore.

INDEPENDENT LENS “I Am Not Your Negro”
Explore James Baldwin’s unfinished book about race in America in this Oscar-nominated documentary.

JOHN LEWIS – GET IN THE WAY
Follow the courageous journey of John Lewis, from his youth in the segregated South, through his leadership within the Civil Rights movement, to his current role as a powerful voice in Congress.

POV “Whose Streets?”
Take an unflinching look at the Ferguson uprising, told by the activists leading the movement.

PBS AMERICAN PORTRAIT, the signature programming and engagement initiative of the network’s 50th anniversary, invites people across the country to share their stories about race and current events with a new prompt, “Now is the time...” Stories can be uploaded to AMERICAN PORTRAIT at pbs.org/americanportrait and may be included in a featured collection of personal stories from Americans grappling with racism and its impact, past and present. PBS AMERICAN PORTRAIT will air two new specials this fall and a four-part docuseries in January 2021 that spotlight American stories, including how the far-reaching impact of the events of 2020 have affected our everyday lives.

PBS LEARNINGMEDIA will offer materials to help educators talk with students about race in America and current events, including classroom-ready resources for a variety of grade levels aligned to state and national standards. Professional learning materials for educators will also be available later this month.

In the spirit of providing resources and information on topics exploring race in America, PBS DIGITAL STUDIOS will curate a themed playlist featuring wide-ranging content from some of its most popular series, including SAY IT LOUD, ABOVE THE NOISE, ORIGIN OF EVERYTHING and CRASH COURSE. Programs explore “The Origin of Race in the USA,” “Should We Police Our Police,” “The Reason #BlackTwitter Exists (And Is Totally Awesome),” “What Does Resistance Look Like” and many more.

About PBS
PBS, with more than 330 member stations, offers all Americans the opportunity to explore new ideas and new worlds through television and digital content. Each month, PBS reaches over 120 million people through television and 26 million people online, inviting them to experience the worlds of science, history, nature and public affairs; to hear diverse viewpoints; and to take front row seats to world-class drama and performances. PBS’ broad array of programs has been consistently honored by the industry’s most coveted award competitions. Teachers of children from pre-K through 12th grade turn to PBS for digital content and services that help bring classroom lessons to life. Decades of research confirms that PBS’ premier children’s media service, PBS KIDS, helps children build critical literacy, math and social-emotional skills, enabling them to find success in school and life. Delivered through member stations, PBS KIDS offers high-quality educational content on TV – including a 24/7 channel, online at pbskids.org, via an array of mobile apps and in communities across America. More information about PBS is available at www.pbs.org, one of the leading dot-org websites on the internet, or by following PBS on Twitter, Facebook or through our apps for mobile and connected devices. Specific program information and updates for press are available at pbs.org/pressroom or by following PBS Pressroom on Twitter.